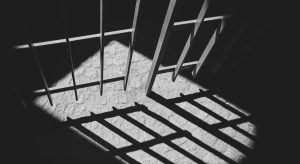 Truck Driver's 110-Year Prison Sentence Could be Reduced by Court

Truck driver Rogel Aguilera-Medero’s 110-year sentence for a Colorado crash may be reduced. The crash resulted in four people being killed. This is decision follows the outrage and disbelief not only from the trucking industry but many others.

He was sentencing to 110 years in prison. This is for Aguilera-Mederos’ April 2019 actions that resulted in a pileup on Interstate 70. It left four people dead.

A hearing on January 13th, a district court judge in Colorado set it for. This is based on considering a request by District Attorney’s office to reduce the 110-year sentence to 20-30 years. There was a December 27th hearing on this matter. This was where Judge Bruce Jones had sought to resolve the procedural questions given the unprecedented nature of the case. In fact, the prosecution has initiated the request for a lower sentence. Instead of the defense requesting it.

This crash did occur on part of the interstate where the commercial vehicles are really limiting to 45 mph. It was because of the steep descent. In fact, truck driver Aguilera-Mederos did say his brakes failed. Earlier this year, he was convicting on 27 charges. This would include four counts of vehicular homicide. Also, under Colorado law, prosecutors said they only had to prove that he acted recklessly.

Judge Jones has said he did feel compelled in sentencing Aguilera-Mederos to issue the prison term due to mandatory sentencing standards in Colorado. Those standards do require the sentences to be serving consecutively rather than concurrently.

First Judicial District Attorney Alexis King explained, in a statement regarding the request for a shorter sentence, “As the jury found, Mr. Aguilera-Mederos has truly knowingly made multiple active choices which resulted in the death of four people, serious injuries to others, and mass destruction.” The 20- to 30-year range “does reflect the appropriate outcome for that conduct, that was not an accident…we believe that this hearing is the best path to securing justice for everyone involved.”

On January 13th, the judge has scheduled a hearing to give the attorneys time to research procedural questions.

There is also a petition for this case the public can sign on behalf of the truck driver: https://www.change.org/p/jared-polis-grant-clemency-or-give-commutation-with-time-served-to-rogel-lazaro-aguilera-mederos.

The Trucking Industry May Be Putting on the Brakes

Taxis Start Their Engines For Prop 22