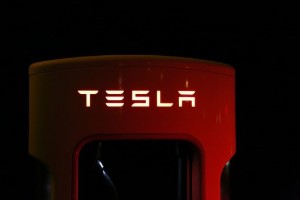 Just this past Wednesday the Tesla corporation went public with the news that it’s now offering its own, unique brand of automobile insurance for its vehicles. This news didn’t come out of nowhere as CEO Elon Musk did hint at this development back in April. Now, however, the company website even mentions that “it will expand to additional U.S. states in the future.”

The company’s brand of insurance, called Tesla Insurance, is “a competitively price car insurance offering designed to provide Tesla owners with up to 20% lower rates, and in some cases as much as 30%,” the company said. The company attributes the car’s many safety features like Autopilot for the discounted rates.

Competitors in the insurance space issued a warning as well as a welcome. The general sentiment from the existing insurers was that automobile insurance represents one of the most fierce markets in the economy and that everyone is welcome.

Tesla further outlined its insurance plan by saying it would offer comprehensive coverage and claims management to support our customers. The company also added that caveat that “Tesla owners in California can purchase a policy in as little as one minute.”

Though this tidbit was vaguely walked back a little later per its Twitter feed which said “we’re making some updates to Tesla Insurance and will be back online shortly.”

Before this most recent announcement Elon Musk had stated that his car company was ready for a transition into the insurance space. He mentioned that it already possessed “direct knowledge of the risk profile of (its) customers.” Musk emphasized that the company’s sophisticated safety system in the car, like the advance “Autopilot” driver assistance, enables them to keep insurance costs at a minimum.

Tesla made a point, however, to stress that its insurance pricing is in no way impacted by existing vehicle data or from vehicle camera footage.

Pivotal Moment for the Company

This move into the insurance space arrives at a crucial period in the company’s timeline. Right now the Tesla stock is down 10 percent for the month and has dropped 35 percent over the year to date.

Sell Trucks All You Want, But The Market Will Still Soar For Used Semis