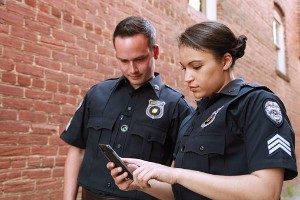 LOS ANGELES, CA – LA’s law that prevents people from sleeping in cars on residential streets expired at the end of the month. As a result, Los Angeles Police Department officers have been instructed not to penalize people until the city rule is re-approved.

According to the TV station, LAPD Chief Michael Moore, issued a memo to officers last week that asked for them not to write tickets for people sleeping in cars. He said they could resume issuing tickets once the new ordinance is approved by the City of Los Angeles.

The request to extend the law for another six months to January 1, 2020 got approval from the City Council this past May, however, the ordinance still requires council approval.

As of right now the new version of the ordinance isn’t set to be presented to the council until July 30. This is when the council gets back from its summer recess. Until it gets the official seal of approval, it will get enforced.

The original ban for sleeping in cars started in 2017 and was set for expiration in July 2018. However, it’s been extended each year. The last one started in December and was designated to end on July 1.

It should be noted that the law only is applicable to residential streets. Though there have been more and more streets designated as off-limits for people living in their cars or RVs. In a recent estimate the number of people who live this way in LA is pegged at about 16,500.