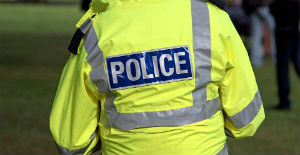 GARDENA, California – A Gardena man has died. This was due to his involvement in an officer-related shooting. Additionally, the man died at a local hospital after the shooting took place.

Gardena Police Department officials say the man charged at police officers. Additionally, he had a weapon in his hand. Fortunately, the officers on the scene came out of the incident unharmed.


The Los Angeles County Sheriff’s Department reported that the shooting happened at the intersection of Rosecrans and Denker Avenues.


Police responded to a call that a man carrying a weapon in the area. When they arrived, the man allegedly charged at the officers. He did this with his weapon. Then, officers used a stun gun. The man was undeterred. So, officers opened fire. Specifically, an officer fired one round into the man’s upper torso. Police report they killed the suspect this way.

Still, Los Angeles County firefighters responded to the scene. They transported the man to the hospital where he died.


Furthermore, the Los Angeles Sheriff’s department has confirmed the suspect was carrying a weapon. They reported it was a small knife.

The Los Angeles County Sheriff’s department is assisting the Gardena police department with the shooting investigation.

Officials are encouraging any potential witnesses to report what they saw to the sheriff’s Homicide Bureau. You can call them at 800-222-8477.