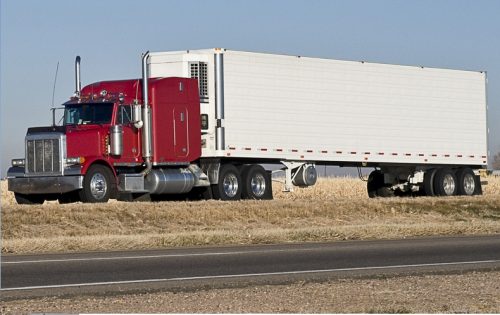 The driver of the San Antonio truck James Matthew Bradley Jr. said federal investigators that he was unaware of several undocumented immigrants inside the truck which he was driving. The 60-year-old driver was charged on Monday with knowingly moving undocumented immigrants.
A man who survived the trip told federal authorities that when they were crowded in the boiling truck, they took turns for taking a breath from a hole in the semi-truck. Some of the immigrants fainted. The others banged on the wall in order to get the driver’s attention. However, he continued driving.
The truck was found on Sunday parked at a Walmart after an employee called the police. Dozens of undocumented immigrants were found inside the truck. Eight people were dead and two died after hospitalization.
The incident is classified as a human smuggling case by federal authorities. Jack Staton, acting assistant director for intelligence for Homeland Security Investigations at ICE told reporters: “This most recent example is an example of human smuggling where individuals were brought into the United States in violation of immigration law.,”
Dozens more were severely injured, and many will suffer from “irreversible brain damage,” said the fire chief of the city.

Fatal Accidents Between Semi-Trucks and Smaller Vehicles May Actually Decrease!