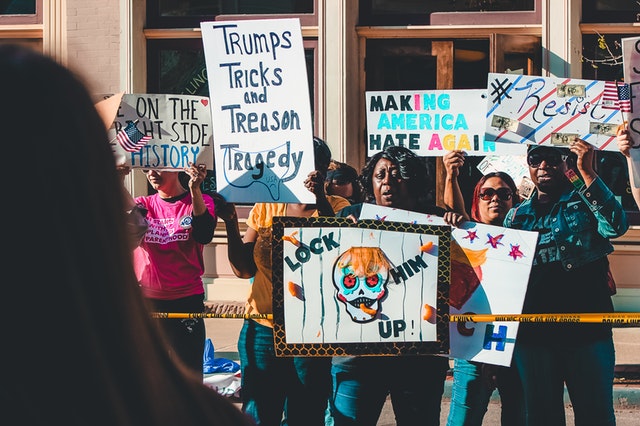 LOS ANGELES, CA – The impeachment rally began when organizations like MoveOn and Common Cause ignited an outcry amongst hundreds of thousands of people across 600 events in all 50 states to justify that No One is Above the Law and to uphold Congress for the impeachment and removal of President Donald Trump from office.

Furthermore, this was fueled by Trump’s abuse of power in office and obstruction in Congress. The political scandal began when an unknown whistleblower complaint made in August 2019 raised concerns. The scandal circled around the phone call Trump made to Ukraine and other foreign countries to coerce into providing information about the 2020 Presidential candidate, Joe Biden.

The rallies took place at 5:30 pm local time, a day before the House of Representatives was to vote on two articles of impeachment.  Approved by the House of Judiciary Committee, the impeachment process was sent to the Republican-Predominant Senate.

More than 3,400 attended the Grand Park LA rally in front of the Los Angeles City Hall and thousands of other residents spanned their protests across West Hollywood to Sierra Madre.

Actress Alyssa Milano, Rob Reiner, and Katie were among those who took part in the rally. Hill, a former Democratic 25th District congresswoman who resigned after allegations of her affair with an office staffer started to circulate.

“Staying silent is not an option, if we turn a blind eye or let him [Trump] walk clean, that is a sign for those who follow, that they can get away with abuse of power and obstruction of justice.”

Moreover, a day before the impeachment hearing Trump insisted that the impeachment represented an unconstitutional abuse of power by Democrat Lawmakers. A “witch hunt” Trump defined it as.

So far there have been no violent outbreaks as to what occurred during last night’s rally. Many Angelenos expressed their voices and opinions as to whether or not the Congress will hold Trump accountable for his actions in office.

Uber Passenger Killed by Patrol Vehicle After Running Across 101 Fwy

A New Smart Fuel Cap was Developed For Trucks